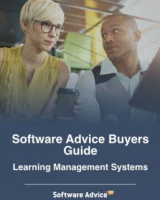 Your business probably will not escape RoHS compliance just because your products don't sell in the EU market. The following countries have implemented their own version of RoHS as well:

California RoHS took effect on January 1, 2007. California Senate Bills SB 20 and SB 50 contain both RoHS and WEEE-like provisions. California RoHS is narrower in scope than EU RoHs in that it restricts only lead, mercury, cadmium and hexavalent chromium and not the other six substances covered under EU RoHS 3. In addition, it only applies to "covered electronic devices" that are defined as standalone LCD, plasma, and CRT video displays with a screen greater than four inches diagonally. Displays integrated into other equipment do not apply.

China RoHS, known as the Administrative Measure on the Control of Pollution Caused by Electronic Information Products (ACPEIP), took effect on 1 March 2007.

China RoHS has product marking requirements for the six EU RoHS restricted substances for all applicable products as to whether it is compliant or non-compliant. Disclosure can be at the component or ar the sub-assembly level, but it has to be in a prescribed format in Chinese as detailed in "Marking for the control of Pollution Caused by Electronic Information Products". Specifically, a sticker with the Environment Friendly Use Period (EFUP) is applied, which lists the period of time in years before any of the RoHS substances are likely to cause possible harm to health or the environment. China RoHS also used to be referred to as RPCEP (Regulation for Pollution Control of Electronic Products).

The Ministry of Industry and Information Technology (MIIT) maintains the database of products that are subject to RoHS restrictions. For more information, see China RoHS vs EU RoHS.

Japan RoHS law combines the Japanese Recycling Law (Law for Promotion of Effective Utilization of Resources in Japan) with the JIS C 0950 standard (marking for presence of the specific chemical substances for electrical and electronic equipment) and is referred to as J-MOSS. Japan RoHS restricts the same six substances in the same concentration limits as EU RoHS 2, but for only seven product categories.

However, unlike EU RoHS, which prohibits products that contain hazardous substances from being placed on the market, Taiwan allows products even if their restricted substances content is beyond the thresholds. In this case, the applicant must create a Table of Presence Condition of Restricted Substances and add the table to the body, packaging, stickers, and instruction manuals of these products.

On Jan 1, 2008, the Act for Resource Recycling of Electrical and Electronic Equipment and Vehicles went into effect as Korea RoHS. It restricts the six substances with the same limits as EU RoHS2 for electrical and electronic equipment. Vehicles under 3.5 tons are also impacted under the first 4 substances (cadmium, mercury, lead, and chromium (Cr6+). The definition of vehicles is adopted from Article 2(1) of the Automobile Management Act. No mark or certification is required.

Korea's equivalent of the EU RoHS, WEEE, and ELV directives adopts an Eastern approach by including "design for the environment" in its requirements. Implementation is geared toward improvement in product design and recycling technology as they become technically and economically feasible.

As of December 20, 2011, Norway restricted lead (at 0.01% vs. 0.1% for EU RoHS), PCP, PFOA and MCCP, of which lead is the only common substance with EU RoHS. Also known as PoHS, which stands for the "Prohibition on Certain Hazardous Substances in Consumer Products", it is more of a general consumer product legislation rather than for EEE equipment.

India RoHS, which took effect in May 2014, restricts the same six substances at the same thresholds as EU RoHS, but with a differing scope of products. For more information, see India RoHS vs EU RoHS.

Ukraine RoHS, also known as Technical Regulation Decree No. 139, was approved by the Cabinet of Ministers of Ukraine on March 10, 2017. This decree supercedes the original Decree No. 1057 from 2008. Ukraine RoHS follows EU RoHS 3 (2015/863) in the restriction of 10 substances (6+4) in 11 EEE product categories and with the same exemptions.

Starting June 1, 2017, the Singapore Ministry of the Environment and Water Resources (MEWR) adopted a regulation that prohibits the use of the six RoHS substances used in the following products: mobile phones, laptops, flat-panel TVs, refrigerators, air conditioners, and washing machines. For more information, see Singapore RoHS vs EU RoHS.

UAE Cabinet Decision No. 10/2017 specifies that starting on January 1, 2018, ROHS will be enforced in Abu Dhabi, Ajman, Dubai, Fujairah, Ras al-Khaimah, Sharjah, and Umm al-Quwain. UAE RoHS regulations will require companies to provide a national UAE RoHS Declaration of Compliance (DoC), associated documentation, and obtain a certificate to put products on the UAE market. Unlike EU RoHS, this information would only be required by regulatory agencies if there was a suspected compliance issue.

Turkey announced the implementation of their Restriction of Hazardous Substances (RoHS) legislation effective June 2019. The legislation was created by the Turkish Ministry of Environment and Forestry and includes manufacturers and sellers of electronic goods and includes products which are supplied by others under their own brand names.

The Eurasian Economic Union (EEU) member states of Armenia, Belarus, Kazakhstan, Kyrgyzstan and Russia passed RoHS legislation on March 1, 2018, and has aligned its regulation with the EU RoHS. This is known as CU TR 037/2016 or EAC RoHS. EEU member states will have until March 1, 2020 to comply.

A working group presented a draft proposal that aligns closely with EU RoHS before the National Environment Council (Conama) in summer, 2018.